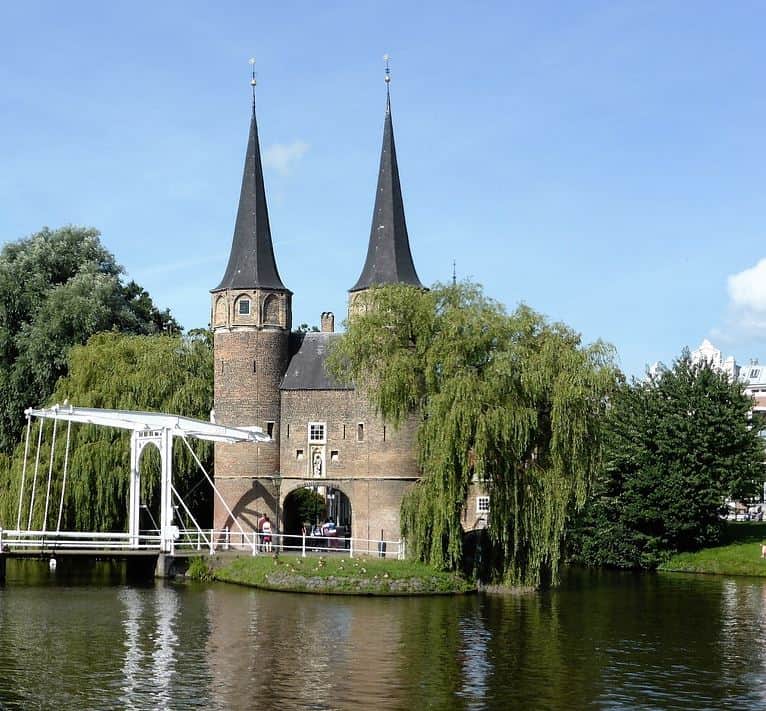 The city wall and gates of Delft

Like many other cities, Delft has also built a wall around the city. Around the 15th century the city wall was built around Delft. This wall offered the city protection against enemies. There were eight city gates made in the wall, including the Oostpoort. These gates were the only way in and out of the city. So there was some control on who and what Delft went in and out. The place where these gates were built has been well thought out. During the day the gates were opened but at night the city gates were closed.

Towers were also built at the gates and on the city wall from which the surroundings could be monitored. In case of danger, the gates could be closed immediately to keep the danger out of the walls.
In 1514 the towers of the Oostpoort Delft were further raised.

The city wall of Delft has stood for a few centuries. In the 19th century the wall around Delft was demolished. Now Delft was no longer closed, this benefited the further development of the city.

As said, the Oostpoort is the only city gate left from the past. Originally, the Oostpoort had round towers. When in 1514 the towers of the Oostpoort were raised, the shape has also changed. The towers became more octagonal in shape. Via the Oostpoort you could enter and leave the city of Delft by land and water.

Other city gates of Delft

Unfortunately, the Oostpoort is the only city gate that can still be admired. The other city gates have largely disappeared along with the city wall.
Other gates were the Rotterdamse Poort, Schiedamse Poort, Waterslootse Poort, Koepoort, Schoolpoort, Haagpoort and Wateringse Poort.

The Oostpoort can be found at the address Oostpoort 1, 2611 RZ Delft.