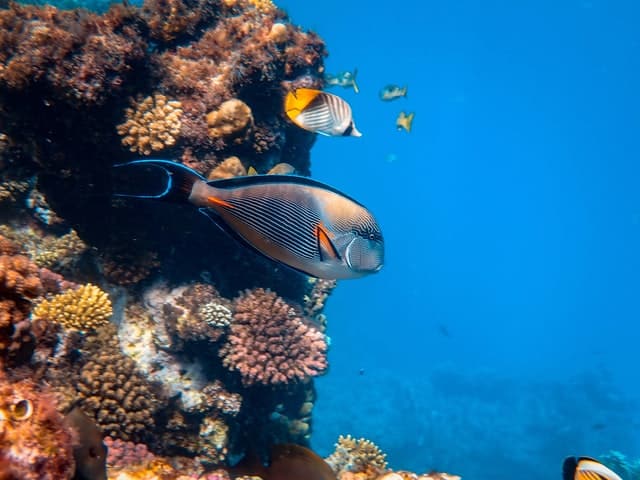 Bristles:
The surgeonfish, and therefore also the red sea surgeonfish, has spines at the base of the tail. These spines are only used by the surgeonfish to defend itself against other species, but also when it feels threatened. Leave surgeonfish alone, and there is no problem at all. They can approach you out of curiosity, but that’s all. If they feel threatened by you, because you chase them or bother them, then they will flee. Only in extreme distress will they choose the attack, so that won’t happen any time soon.
So enjoy the beautiful underwater world, and also the surgeonfish, but respect the animals and keep a proper distance!